Book Promo! Everything Has Changed by Mia Kayla

We're celebrating the release of Everything Has Changed by Mia Kayla! 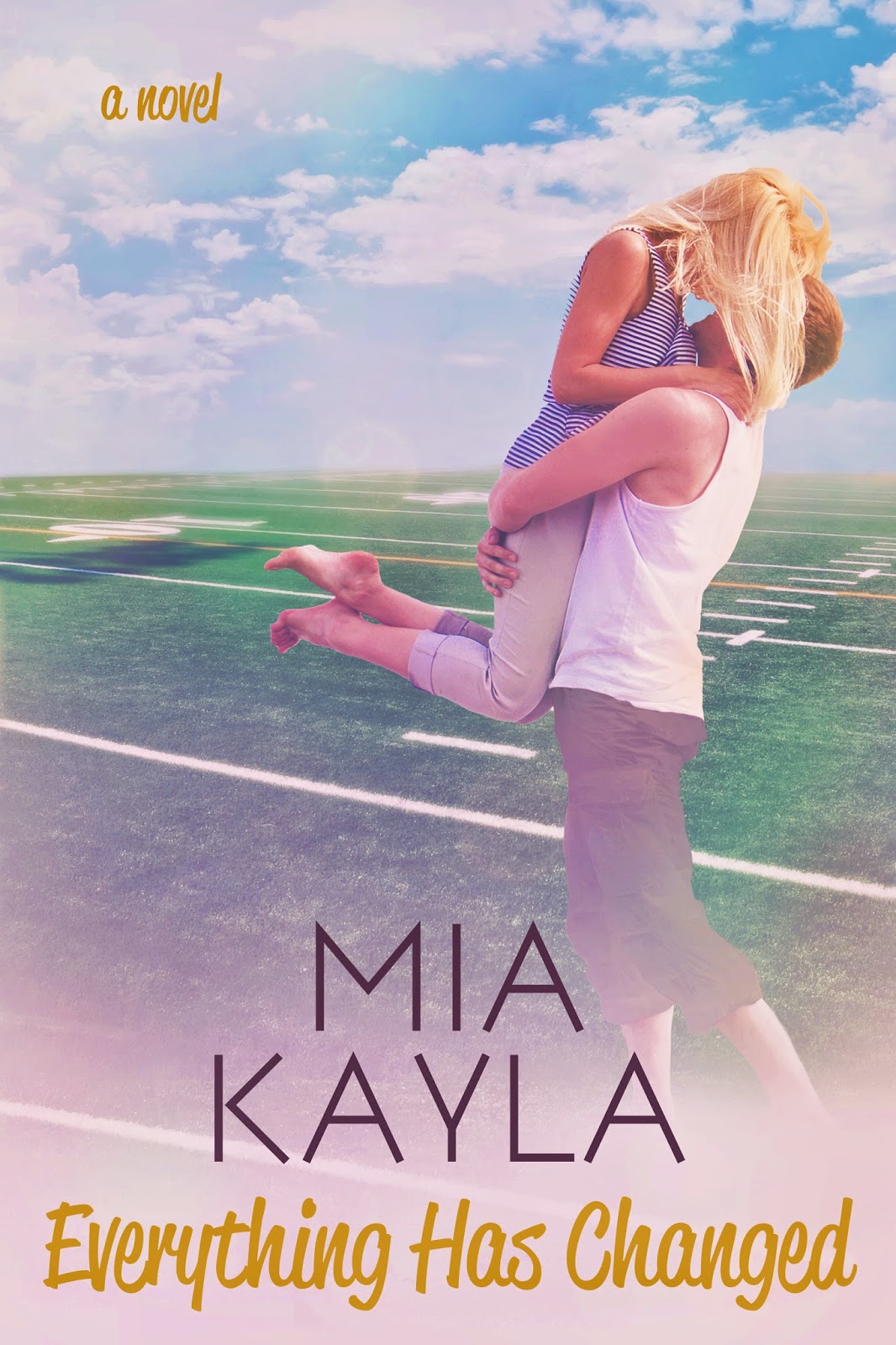 Bliss Carrington has known Jimmy most of her life, since Kindergarten to be exact. He took on the role of the big brother Bliss never had, breaking Bliss out of her shy shell, encouraging her to have fun in high school, and pushing her to live her life. It’s always been friendship between them until one day, she realized, it wasn’t. Now seeing women everywhere swoon over Jim Brason, NFL's head quarterback of the New York Cougars, is enough to drive her to madness.

Jim Brason, an alpha whore, is on a fast track to fame and money. In all this craziness, the one person who keeps him sane, keeps him whole is Bliss. He’s been in love with her since before forever, but she doesn’t know and can never find out. He’s a firm believer that history repeats itself. With his tainted past, he’s afraid he’s fated to hurt her if he allows himself to follow his heart.

Bliss watched this boy grow into a man and it wasn’t fair that someone else would get to keep him when in her heart, she knew he only ever belonged to her.

Can their friendship survive? Can she live pining over a guy who will never commit? She doesn’t want to live like this, but she doesn’t know a life without him either.

EVERYTHING HAS CHANGED is a story of Love, Loss, and Longing for the boy you grew up loving.

Mia Kayla is a New Adult/Contemporary Romance writer who lives in Illinois. On the weekdays, she can be caught wearing a suit, commuting to her corporate job in downtown Chicago and raising three beautiful munchkins in the suburbs, four if you count the husband.

In her free time she loves reading romance novels, jamming to boy bands, catching up on celebrity gossip and designing flowers for weddings.

Most of the time, she can be caught on the train with her nose in a book sporting a cheeky grin because the main characters finally get their happily-ever-after at the end.

She loves reading about happy endings but has more fun writing them.

No, surely I couldn't!! Thanks for this awesome giveaway! :)

Thank you for posting

If I ever decide to get married, it would NEVER be for the money!