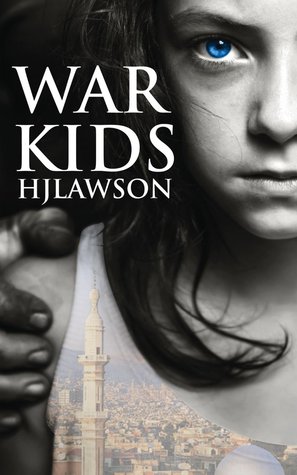 When Jada wakes up in a hospital, the last thing she thinks is that her life has completely changed forever. But when the very real civil war forces her to flee from every open space, she must use the firearm skills her father taught her to reunite with him and protect herself.

Armed with a single gun and a key to an unknown locker, Jada crosses Syria on a journey with a group of children called the Fearless Freedom Fighters.

With the leader, Zak, they mount a plan to rescue their fathers while they try to cope with the merciless murders of their families. As Jada and Zak lead the group together, love blossoms, but with soldiers hot on their tail, they need to stay vigilant in the face of war.

War Kids is a story about the Syrian Civil war through the eyes of a group of teenagers.

My Review...
War Kids was recommended to me by a friend and, when I realized it was about a war, I immediately rushed to read it because I like this kind of stories. What I didn’t know was the fact that the story was about the Syrian War.

Reading the first chapters, I was surprised to discover that the war ended just about two years ago. So, I searched the internet for details and I was shocked to see that there were killed over 90.000 who didn’t do anything except being in the wrong place at the wrong time.

H.J Lawson created a book where we see the world through some teenagers’ eyes while we find out what their story is.

Jada, a fourteen-year-old girl had to give up on school, and since then she was taught how to survive by her parents. One day, she arrives at home only to find out her mother and little brother had been killed and her father had been kidnapped by the soldiers.

He and his little sister, Tilly, go to search for their father along with other children just like them. One night he meets Jada. She joins them in their long journey to find the only relatives they’re hoping to be still alive.

Well, I didn’t like so much the author’s style. I think that she could have done a better job, because the story was both interesting and captivating but she rushed it.

I also didn’t like the way the characters dealt with the situations they found themselves in, but I liked how they bonded and stayed together despite the hard circumstances.

It’s really sad these things still happen nowadays.The wars and people killing other people only for money and power.

The ending was unexpected and I was a little disappointed when I discovered that there is a cliffhanger, so you have to read the second book, too, if you want to find out how the story ends.

It was interesting to learn more about others’ lives and I’m glad I gave a chance to War Kids. To me, it was a true lesson about survival and finding love in the little things that taught me this: where there’s a will, there’s a way. 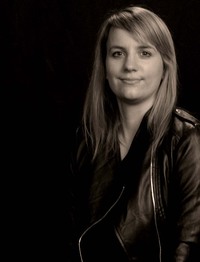 I am the author of War Kids. I have written a young adult contemporary novel set in Syria; a story about the Syrian Civil war though the eyes of children.
I was born in Lancaster, England. Growing up in a single parent household with five other siblings; was hard and also character building.
Diagnosed with dyslexic at an early age, I always believed if you work hard you can do anything you want. If I didn’t know how to do something I would research until I did.
As a young child I found a passion for drawing, and continued this into adulthood, graduating from the University of Central Lancashire, England with a BA(Hons) in fashion design.
At aged twenty seven, me and her husband packed up our belongings for a lifelong dream to move to California. My America dream was complete with the birth of her daughter. My love for traveling, continued after the birth of her daughter traveling around America with the family, and the best travelled dog.
A new job positioned opened up New York, and the family decide to relocate to Long Island, NY, which is where I currently resides.
On August 21 she was moved by the images of the Syrian conflict, and embarked on a unlikely journey of writing her first novel.
I have a second website called www.theindiejourney.com , where I interview people in the self publishing world, and post book reviews. Worth checking out if you are a reader or a writer.

I'm kind of glad now that I didn't enter for the giveaway of this book on Booklikes. Doesn't sound like something I'd enjoy.