“Investment banking intern Carina Chen doesn’t need any distractions—especially the sexy, guitar-playing barista she rooms with for the summer.

Free spirit Dylan Jewell appreciates the delightful universe of women who vie for his attention. His goal in life is to do good, make happy coffee, and help the homeless.

When Carina moves in, she insists on rules of conduct to quell her instant attraction to Dylan. But when her boss asks her to turn Dylan into a businessman, she can’t think of a reason not to take advantage of his hospitality.

Their chemistry is white hot, but Dylan refuses to play Carina’s game, unable to understand how he can fall in love with a woman who puts profits in front of people. When Carina realizes Dylan isn’t budging, she risks all to gain a single night with him. Will her gambit backfire or will Dylan discover Carina’s true heart before she runs away with his? 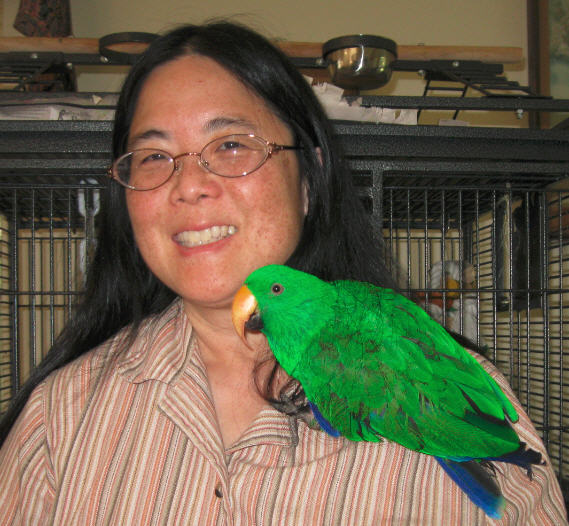 Rachelle Ayala is the author of dramatic fiction featuring strong but flawed characters. She writes emotionally challenging stories and is not afraid of controversial topics. However, she is an optimist and laces her stories with romance and hope.

Rachelle is an active member of the California Writer’s Club, Fremont Chapter, and a volunteer for the World Literary Cafe. She is a very happy woman and lives in California with her husband. She has three children and has taught violin and made mountain dulcimers.

I love the cover of this book! :) It looks like a very playful & Romantic love story <3 I have added it to my TBR list, and hope to be reading it soon :)Thanks so much for sharing & Happy Reading! :)