Tour Review & Giveaway Twice in a Lifetime by Ruthie Henrick 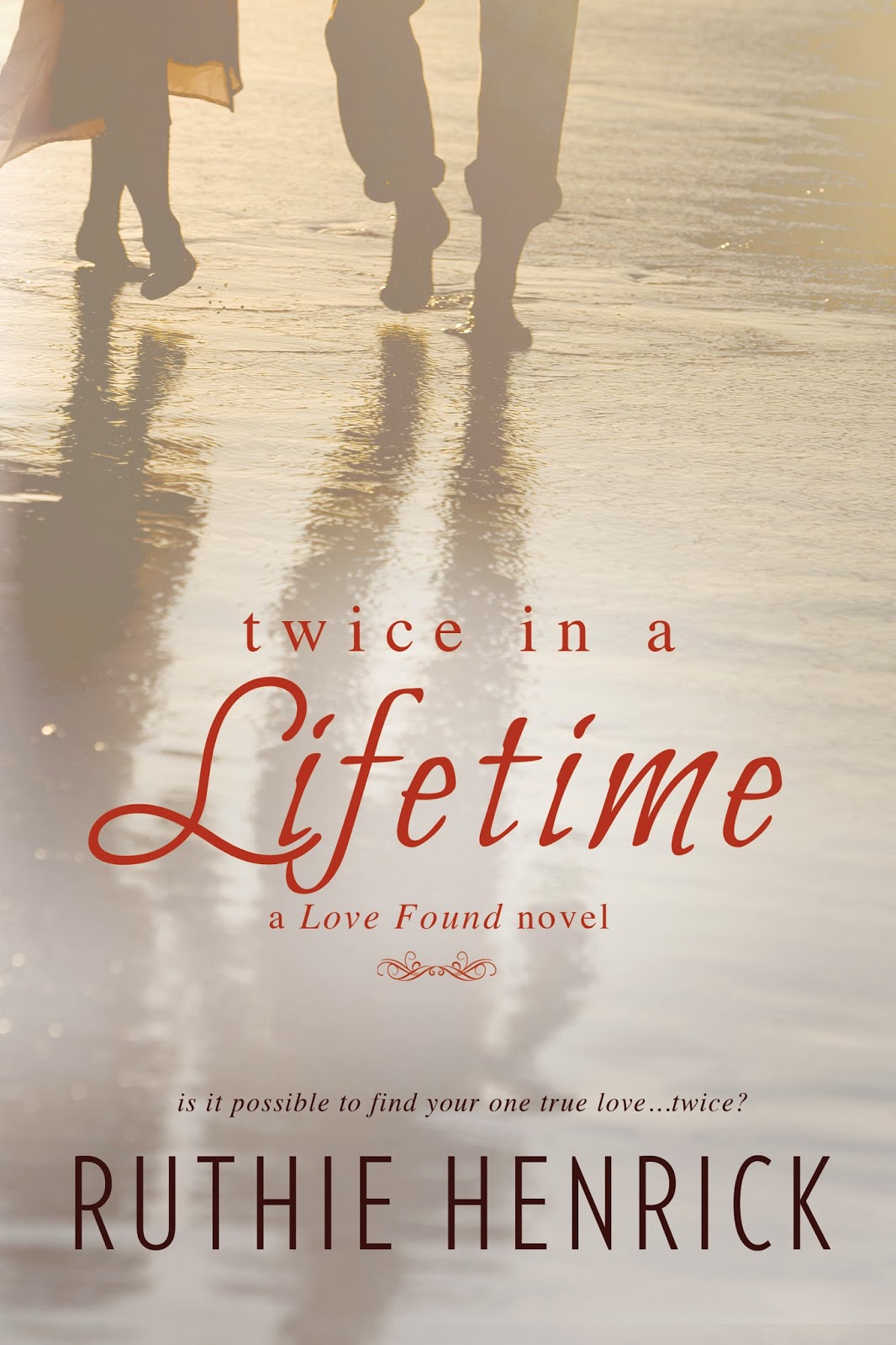 Is it possible to find your one true love…twice?
Blind date. When Allie and Ben are thrown together to help their friends out of a bind, they find the unexpected—and unwanted—spark of attraction difficult to ignore. Surrendering to it, they marry and live their happyish-ever-after—until Ben’s death reveals a betrayal that rocks Allie’s world.
The sidelines. Where Jake has hovered for the past fifteen years, business partners with his best friend, in love with his best friend’s wife. He’s shocked by Ben's duplicity, overcome by the guilt of a deathbed promise. But he’s waited half a lifetime for a chance to love Allie, and it’s time to make his move.
Marriage. Allie might be ready to take the slow slide from friend to lover, but a lifetime is a leap she won’t agree to. She can’t deprive Jake of the family he’s never had, but longs for—the family she can no longer give him. How can she refuse him, though, when he sets out to prove the only family he needs—has ever wanted—is her?


It was nice to read something different from the usual teenage drama we find in almost every book nowadays. It gets really boring after a while.

Twice in a lifetime is a love story and not only that. In this novel we see how the lives of a group of friends develop. Three of them in particular – Allie, Ben and Jake.

Allie and Ben meet during their last year of college on a blind date. He’s a player and she’s the kind of girl who has her nose stuck in a book most of the time. Not a nerd, but she takes her studies very seriously.

They fall in love and, after graduation, they get married. Ben and Jake, his best friend, start a business together and Allie becomes a kindergarten teacher.

Here, the author takes us on a journey in the past so we can batter understand which events lead to the current situation. I really liked how she’s done this and how smooth the transition from past to present was later on in the book.

Jake plays an important role since the beginning and he’s present all throughout the book, but more so after Ben’s death. He’s been in love with Allie since the first time he saw her but never acted on it and watched her make a life with Ben.

Allie will be forced to learn how to deal with everything from bills to raising a fifteen years old boy without a father. One of the things I liked about her is that she pulled up her sleeves and decided to start sorting things out instead of hiding in a corner and allowing the grief to consume her. Her strength is even more admirable after a secret about her late husband is revealed that affects everyone and makes her reconsider their life together. Jake will be there whenever she needs him but she is not about to let someone else carry her burdens for her.

Again, I have to give credit to the author for not skirting around the most unpleasant aspects of Allie’s situation such as her fears regarding her stubborn son, the frustration when it comes to fix something around the house or not knowing how certain things work, and her not being able to forget or forgive her husband’s betrayal and being conditioned by it.

Ruthie made it so that the readers, or some of them, can actually identify with the characters and understand, even like them better for that.  She made it even impossible to hate Ben for what he did in the end.

Also, like I said in the beginning, there’s no useless drama even if Allie did step on my nerves a little bit in the end with her stubbornness.

I really liked this novel and I can’t wait for the next installment. You should really give it a chance.

“I need you, Allie. I need to be with you. I need to come home to you at the end of the day. To share my life with you, and to share yours. To sleep with you at night, and wake with you in the morning. And I think you need me too.” 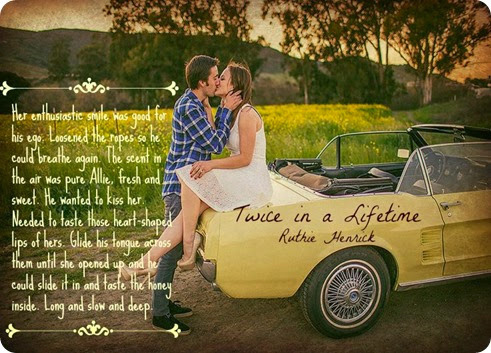 I write in quiet, but that’s about the only time I don’t have music playing. I don’t have a playlist for the book, but how about a peek at the most recently played songs on my iPod? 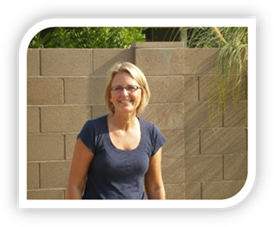 
I’ve always been an avid reader, even as a child. I’ll read just about anything, but I love anything with romance in it. I am a romance junkie.
I first started writing a couple of years ago. I’ve never been that person who dreamed about being an author or loved telling stories. I used to try making up bedtime stories when my kids were little and I’d draw a blank every time. But an idea had been running through my mind for a while so I decided to start typing and see where it led. Three months later I had a really good first draft. Let me tell you, nobody was more surprised than me!
I love music, especially country music, and that’s generally the soundtrack to whatever I have going on. At work, doing housework, in the car—the music is always on. Except when I write—that I have to do in silence.
We have three sons and they’re all grown and scattered around the country, but the Big Kahuna and I are still ruled by a fifteen-year-old deaf Pekinese with OCD. Life is interesting!
I’m not much of a TV watcher, except for shows like The Voice and American Idol. Gives me lots of time to write, and read. Like many of you, I have a one-click compulsion. The number of unread books on my Kindle is really embarrassing.
I love chatting with other readers, sharing my favorite books and authors, and discovering those new to me. Come by and hang out with me on any of my social media.

oh,well,this book looks much better than I hoped it would be
And i am definitely glad that it stirs away from the common waters of YA contemporary reads
GREAT review
Your reader,
Soma
http://insomnia-of-books.blogspot.com/