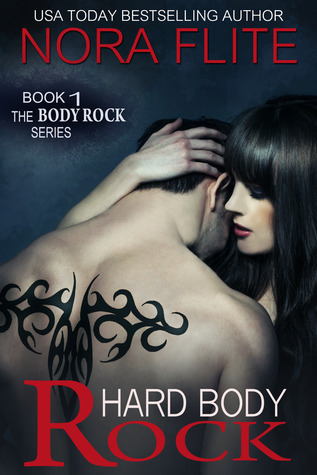 She thought she was stepping into fame: Meeting Drezden Halifax should have been a dream. But dreams are supposed to be sweet, fragile things that whisk you away. Not monsters crafted from hard fingers, gritty vocal cords and a voice so powerful it could tear my guts right out. Maybe my heart, too. Becoming the guitarist for Four and a Half Headstones was everything I needed. Too bad the band's lead singer is doing his best to ruin everything I am. He thought she would solve his troubles: Lola Cooper, god damn Lola Cooper. She was the perfect guitarist, fingers that could summon a sweet song or punch a chord. She's supposed to save my band, make us come out of this tour in one piece... But I just want to tear HER to pieces. No one should make me feel this way. One look at her, one smell, and I knew I'd have to have her. She does things to me that scare the shit out of me. Make me want to slam her on a wall and listen to her cries: eager or fearful, it doesn't matter. I'm a monster... And I don't even care.

I'll begin by saying this book was too short. Way too short! This doesn't mean I didn't like it.
Drezden Halifax is the lead singer of the Four and a Half Headstones. He has a bad temper and no patience. Now that he's kicked his guitarist out of the band, he needs to find a new one. ASAP.
Here's where Lola Cooper comes in. She's helping her brother's band during the tour in which Four and a Half Headstones are participating and she ends up auditioning for the place of guitarist. Lola has always been a fan, and Drezden's songs have been her solace during some rough times. Being in the band is a dream come true for her and the chance of a lifetime. She hadn't thought about the crush she has on Drez though, and now, when she has to listen to him sing and do the backup, things don't run very smoothly. Like I said, the guy has a temper.
With the story being so short, I can't say more without going into spoiler territory but, trust me, you don't want to miss this book. I've already read the second installment, Slow Body Rock and can't wait for the third.
Happy reading!

A USA Today Bestselling Author, Nora Flite loves to write new adult romance (especially the dramatic, gritty kind! Inspired by the complicated events and wild experiences of her own life, she wants to share those stories with her audience. Born in the tiniest state, coming from what was essentially dirt, she's learned to embrace and appreciate every opportunity the world gives her. She's also, possibly, addicted to coffee and sushi. Not at the same time, of course.  Check out her blog, noraflite.blogspot.com, also email her at noraflite@gmail.com if you just have some questions!