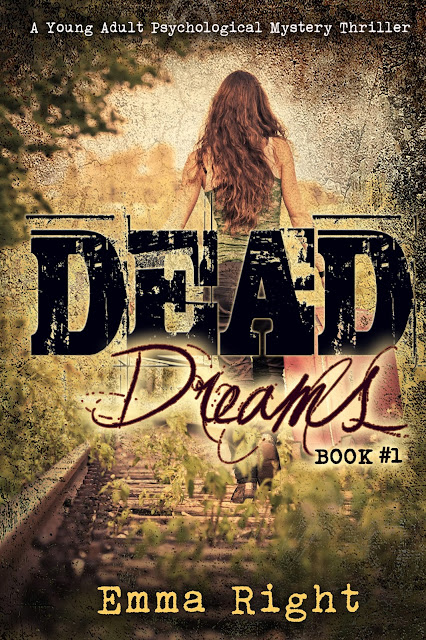 Eighteen-year-old Brie O’Mara has so much going for her: a loving family in the sidelines, an heiress for a roommate, and dreams that might just come true. Big dreams--of going to acting school, finishing college and making a name for herself. She is about to be the envy of everyone she knew. What more could she hope for? Except her dreams are about to lead her down the road to nightmares. Nightmares that could turn into a deadly reality.

Available to purchase at:

They say each dead body, a human corpse, has a scent all of its own, a sweet-sour smell. A cadaver dog picks up the odor as clearly as a mother recognizes a photo of her child. Of course, I wouldn’t know, for I am no dog. I might as well have been, the way I’d stooped to yield to my basic instincts. My mind wandered to her, what her unique smell would be when, and if, they ever were to find her.

After what happened, I decided to write out the events that led to that day and details in case I’d missed something, or might need it for defense, or in case they found me dead. My relatives might need to piece together the things that had spiraled out of control, if they wanted to put me to rest, to forget me altogether. That would be least painful for them. I nodded to myself as I sat in the car. I thought of my most favorite girl in the world: Lilly. At least Lilly’d have my dog, Holly, to remember me by.

My friends used to call me Brie, short for Brianna. But, I could hardly count anyone a friend any more. I’d have to resort to back-watching if I wanted to survive.

It started on a warm April afternoon. Gusts of wind blew against the oak tree right outside my kitchen balcony, in my tiny apartment in Atherton, California. Sometimes the branches that touched the side of the building made scraping noises. The yellow huckleberry flowers twining their way across my apartment balcony infused the air with sweetness.

My mother had insisted, as  was her tendency on most things, I take the pot of wild huckleberry, her housewarming gift, to my new two-bedroom apartment. It wasn’t really new, just new to me, as was the entire experience of living separately, away from my  family, and the prospect of having a roommate, someone who could be a best friend, something I’d dreamed of since I finished high school and debuted into adulthood.

“Wait for me by the curb,” my mother said, her voice blaring from the phone even though I didn’t set her on speaker. “You need to eat better.” Her usual punctuation at the end of her orders.

So, I skipped down three flights of steps and headed toward the side of the apartment building to await my mother’s gift of the evening, salad in an á la chicken style, her insistent recipe to cure me of bad eating habits. At least it wasn’t chicken soup double-boiled till the bones melted, I consoled myself.

I hadn’t waited long when a vehicle careened round the corner. I heard it first, that high-pitched screech of brakes wearing thin when the driver rammed his foot against it. From the corner of my eye, even before I turned to face it, I saw the blue truck. It rounded the bend where Emerson Street met Ravenswood, tottered before it righted itself and headed straight at me.

I took three steps back, fell and scrambled to get back up as the vehicle like a giant bullet struck the sidewalk I had only  seconds ago stood on. The driver must have lost control, but when he hit the sidewalk it slowed the vehicle enough so he could bridle his speed and manage the truck as he continued to careen down the street.

My mother arrived a half minute later but she had seen it all. Like superwoman, she leaped out of her twenty-year-old Mercedes and rushed toward me, all breathless and blonde hair disheveled.

“Are you all right?” She reached out to help me up.

“Yes, yes,” I said, brushing the dirt off my yoga pants.

“Crazy driver. Brie, I just don’t know about this business of you staying alone here like this.” She walked back to her white Mercedes, leaned in the open window, and brought out a casserole dish piled high with something green. Make that several shades of green.

I followed her, admittedly winded.“Seriously, Mom. It’s just one of those things. Mad drivers could happen anywhere I live.”

She gave me no end of grief as to what a bad idea it was for me to live alone like this even though she knew I was going to get a roommate.

“You’re asking me to stop being your mother, I hope you realize this.”

“I’ll find someone dependable by the end of the week, I promise.” No way I was going back to live at home. Not that I came from a bad home environment. But I had my reasons.

I had advertised on Craig’s List, despite my mother’s protests that only scum would answer “those kinds of ads.”

Perhaps there was some truth to Mother’s biases, but I wouldn’t exactly call Sarah McIntyre scum. If she was, what would that make me?

Sarah’s father had inherited the family “coal” money. Their ancestors had emigrated from Scotland (where else, with a name like McIntyre, right?) in the early 1800s and bought an entire mountain (I kid you not) in West Virginia. It was a one-hit wonder in that the mountain hid a coal fortune under it, and hence the McIntyre Coal Rights Company was born. This was the

McIntyre claim to wealth, and also a source of remorse and guilt for Sarah, for supposedly dozens of miners working for them had lost their lives due to the business, most to lung cancer or black lung, as it was commonly called. Hazards of the occupation.

And then there were cave-ins, which presented another set of drama altogether, Sarah said.

I sat across from her, the coffee table between us, in the small living room during our first meeting. “So, that’s why you’re not on talking terms with your family? Because of abuses of the coal company? ” I asked.

We sipped hot cocoa and sat cross-legged in the crammed living room, which also doubled as the dining space. I’d never interviewed anyone before, although I’d read tips on the Internet.

“I just don’t want to be reminded anymore,” she said, twirling her dark ringlets round and round on her pointer finger.

“But, it’s not entirely your dad’s fault those people died of lung problems.”

“I guess, but I just want to get away, you understand? Anyway, I’m almost twenty-one now. That’s three years too late for moving out and establishing my own space.” She took tiny sips of the cocoa, both hands cupping the mug as if she were cold.

I walked to the thermostat and upped the temperature. A slight draft still stole in from a gap in the balcony sliding door I always kept open a crack to let the air circulate.

“So, your family’s okay with you living here? In California? In this apartment that’s probably smaller than your bathroom?  With a stranger?”

“First off, it’s none of their business. Secondly, you and I won’t stay strangers.” Sarah flashed me a grin. “Besides, I’m tired of big houses with too many rooms to get lost in. And, have you lived in West Virginia?”

I shook my head. The farthest I’d been was Nevada when we went for our family annual ski vacation. “I heard it’s pretty.”

“If you like hot, humid summers and bitter cold winters. So, do I pass? As a roommate?”

She looked about at the ceiling. I wondered if she noticed the dark web in the corner and the lack of cornices and crown moldings. I was sure I smelled mold in the living room, too. But I wasn’t in a position to choose. Sarah was.

“As long as you’re not a psychopath and can pay rent.” I returned her smile.

“I don’t know about the psychopath part.” She shrugged and displayed her white, evenly-spaced teeth. “But here’s my bank account.” She tossed me a navy blue booklet with gilded edges and with golden words “Bank of America” on the cover.

I fumbled as I caught it and was unsure what to do. “Should I peek?”

“Go on.” She gestured, flicking her fingers at me as if I were a stray cat afraid to take a morsel of her offering.

“No secrets. I can well afford to pay rent. And, I’m a stable individual.”

I flipped the first few pages and saw the numerous transactions in lumps my parents, who were by no means poor, would have gasped at. The last page registered the numbers: under deposits, $38,000. My eyes scanned the row of numbers and realized that the sum $38,000 came up every sixth of the month.

My mouth must have been open for she said, “You can stop gawking. It’s only my trust fund. It comes to me regardless of where I am, or where I stay. So, do I make the cut?”

I handed the bank book back. We discussed the house rules: no smoking; no drugs, and that included pot; no boyfriend sleepovers or wild parties, which was a clause in my landlord’s lease; and Sarah was to hand me her share of the rent, a mere $800 a month, on the twenty-eighth of every month, since I was the main renter and she the sub-letter.

She didn’t want anything down on paper—no checks, no contracts, and no way of tracing things back to her, she’d stressed a few times.

She fished in her Louis Vuitton and handed me a brown paper bag, the kind kids carry their school lunches in. I peeked inside and took out a stash of what looked like a wad of papers bundled together with a rubber band. Her three-month share of the deposit, a total of twenty-four crisp hundred-dollar bills. They had that distinct new-bank-notes-smell that spoke of luxury.

I gulped down my hot chocolate. “Why all the secrecy? I hope your parents will at least know your address.” I said as I wrapped up the interview. I could understand not wanting parents breathing down her neck, but as long as they didn’t insist on posting a guard at the door, what was the harm of them knowing where she lived?

Sarah glanced about the room as if afraid the neighbors might have their ears pinned to the walls, listening.

She leaned forward and, her face expressionless, said softly, “My parents are dead.” 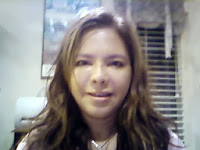 Emma Right is a happy wife and home school mother of five living in the Pacific West Coast of the USA. Besides running a busy home, and looking after their five pets, which includes two cats, two bunnies and a long-haired dachshund, she also writes stories for her children. When she doesn't have her nose in a book, she is telling  her kids to get theirs in one.

Right worked as a copywriter for two major advertising agencies and won several awards, including the prestigious Clio Award for her ads, before she settled down to have children.