Cover Reveal & Giveaway Caught Up in You by Sophie Swift 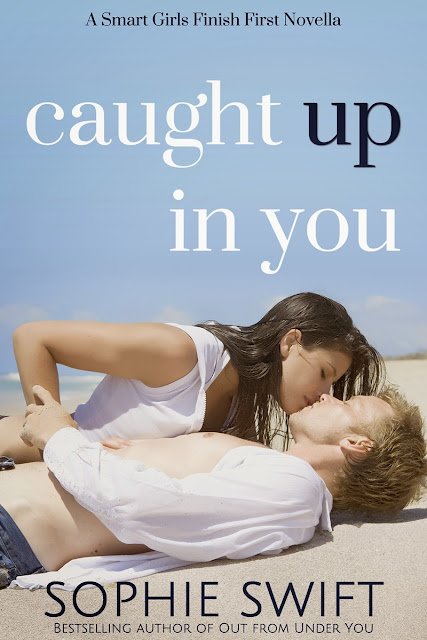 Blake Thomas knows exactly why women want to sleep with him. He’s a sexy, twenty-six-year-old bartender with nothing to lose and confidence to spare.

Then Blake meets twenty-two-year-old Lia Smart, the owner of the restaurant where he’s just been hired. Lia is different from Blake’s usual conquests. She’s beautiful, shy, and guarded, with just a hint of loneliness in her eyes. The only problem is, Lia refuses to see Blake as anything more than just a flirtatious bartender.

But everything changes when Lia’s sexy and assertive older sister, Alex, comes back into town. Alex and Lia have always had a complicated relationship, made even more complicated by the fact that they are clearly in love with the same man. Before long, Blake finds himself the pawn in a high stakes game of forbidden love and dangerous emotions, caught between two sisters who could both easily break his heart.


CAUGHT UP IN YOU is a companion novella to be enjoyed before or after reading OUT FROM UNDER YOU, or as a stand-alone story. 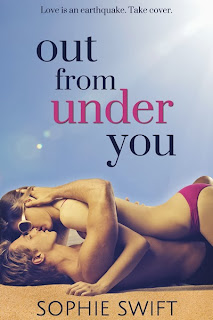 Sophie Swift is an east coast girl who recently transplanted to Southern California. She writes about sexy boys by day, and dates them by night. Her sizzling, new adult romance, OUT FROM UNDER YOU, the first in a new contemporary series, will be released in August of 2013. She loves books that quicken her pace, music sung by adolescent boys, and cupcakes with too much frosting.

a Rafflecopter giveaway
Posted by Christyna_BM at 2:41 PM