Cover Reveal! The Princess and the Stable Boy by Rebecca Rynecki

Once upon a time, before Alaina fell into Isleen...

There was a kingdom devoid of magic...

Until one day when Astra, the princess of Isleen is awoken by dragons flying by her window. She escapes with the help of Peter, a stableboy who is hiding a few secrets of his own.

The land is thrust into peril. The wizards Uther and Avalon have returned from their banishment by unknown forces, and they are determined to take over once more...even if it means turning most of the people into ogres.

Astra finds herself fighting for her home in an ages old fairy tale of good, evil...and love.

Find the first two books in the series, The Secret World of Alaina Downs and The Knight's Ill-Thought Bargain, at Amazon, Barnes and Noble, and All Romance Ebooks for .99 from June 14-June 30th! 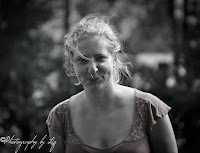 A graduate of Hollins University in southwestern Virginia, Rebecca has put her ancient history degree to good use with the Alaina Downs trilogy, a New Adult/Fantasy series. At least that's what she tells herself. When she's not writing, she lives in the Litchfield hills of Connecticut with her husband and young son. She dances, and runs, and upon occasion...sings very badly.

I would like to give to this serie a chance, I liked what I read in your post and I even check it on goodreads.